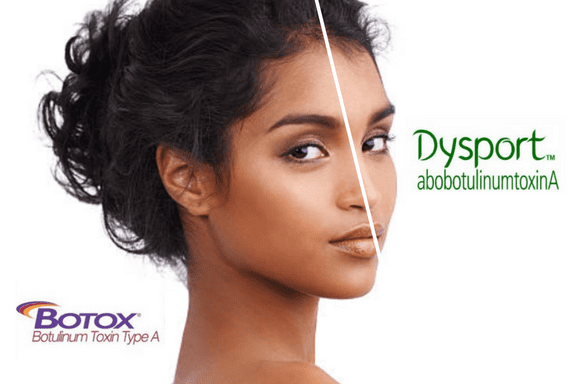 Both Dysport and Botox are types of neurotoxins that block muscle contractions. While both injections are sometimes used to treat spasms from neurological disorders and other medical conditions, they’re more widely used as facial wrinkle treatments. They’re both derived from botulinum toxins, which are safe in small amounts.

Both Dysport and Botox are considered nonsurgical forms of wrinkle treatment that have quick recovery rates. Still, these two treatments have their differences, and there are some safety precautions to consider. Keep reading to learn more about the similarities and differences between the two injections, and talk to your doctor about the best wrinkle treatment for you.

Find out more about using botulinum toxin for medical conditions such as migraines, depression, overactive bladder, and temporomandibular joint disorders.

Dysport and Botox are used to treat and prevent wrinkles in adults. These noninvasive injections help to reduce the appearance of wrinkles by relaxing the underlying muscles beneath the skin. By relaxing and stilling the muscles, the skin above them turns smoother.

Neither treatment gets rid of existing wrinkles for good, but the effects are meant to make wrinkles less noticeable. You may be considering either treatment if you’re not getting the desired results with wrinkle serums and creams at home.

While both treatments contain a similar main active ingredient, trace protein amounts can vary. This can make one treatment more effective than another for some people. However, exact differences are still being studied.

Dysport reduces the appearance of lines that primarily affect the glabella, the area in between your eyebrows. These lines extend upward, or vertically, toward the forehead. They are especially noticeable when a person frowns.

While naturally occurring, with age glabella lines can become more prominent during times of relaxation too. This is because our skin loses collagen, the protein fibers responsible for elasticity.

While Dysport can help treat glabella wrinkles, it’s only meant for people who have either moderate or severe cases. This procedure isn’t recommended for mild glabella lines. Your dermatologist can help you tell the difference between mild and moderate wrinkles of this type.

Before the injections, your doctor will apply a mild anesthetic. This helps to alleviate any pain felt during the procedure. For the treatment of frown lines, doctors typically inject 0.05 milliliters (mL) at a time in up to five portions around your eyebrows and forehead.

The procedure involving Botox is like that of Dysport. All work is done at your doctor’s office with little to no recovery time.

The number of units your doctor will use depends on the area being treated and desired results. These are the recommended dosages by treatment area:

How long does each procedure take?

Another reason why people choose Dysport or Botox injections is that the procedures take little time. In fact, each procedure itself takes just a few minutes. It can take more time to apply the anesthetic and allow it to dry compared to the injections themselves.

Unless you develop any immediate side effects, you’re usually free to go home right after the procedure’s done.

Dysport injections take just a few minutes to complete. You should start seeing effects from the injections within a couple of days. Recommended dosage from the FDA for the treatment of glabellar lines is up to 50 units divided into five portions injected into the targeted area.

Like Dysport injections, Botox injections only takes a few minutes for your doctor to administer.

Unlike traditional surgical procedures, you will see the results from these cosmetic injections within a few days of treatment. Neither Dysport nor Botox require recovery time — you can go home right after your doctor is done with the procedure.

Dysport can start taking effect after a couple of days. Results last between three and four months. You will need to go back for more injections around this time to maintain treatment effects.

You may start seeing results from Botox within a week, but the process can take up to one month. Botox injections also last a few months at a time, with some lasting upward of six months.

Who is a good candidate?

Both Dysport and Botox injections are intended for adults who have moderate to severe facial lines and are in overall good health. Your doctor will check out your medical history and ask you questions before committing to the procedure.

As a rule of thumb, you may not be a candidate for either procedure if you:

Also, as a precaution, you’ll likely need to discontinue blood thinners, muscle relaxers, and other medications that might interact with the injections. It’s important to tell your doctor about all medications and supplements you take, even if they are available over the counter.

Your doctor will determine your candidacy for Dysport or for Botox. You must be at least 18 years old. The injections may also interact with certain medications that affect your muscles, such as anticholinergics used for Parkinson’s disease.

Botox may not be a good option for you depending on the thickness of your skin or if you have skin disorders.

Cost of Dysport vs. cost of Botox

The cost of Dysport or Botox depends on the area of skin you’re treating, as you might need multiple injections. Some doctors may charge per injection.

Medical insurance doesn’t cover cosmetic procedures. Dysport and Botox for wrinkle treatment is no exception. It’s important to know the exact costs of each procedure beforehand. Depending on the facility, you may also qualify for a payment plan.

Since these are noninvasive procedures, you may not necessarily have to take time from work for the injections.

Nationally, Dysport has an average cost of $450 dollars per session based on self-reported reviews. Your doctor may charge based on units per injection.

The price can depend on where you live and vary between clinics as well. For example, the average cost in Southern California ranges between $4 and $5 per unit.

Some clinics offer “membership programs” for an annual fee with discounted rates for each unit of Dysport or Botox.

Botox injections average at a slightly higher rate nationally at $550 each session according to self-reported reviews. Like Dysport, your doctor may determine the price based on the number of units needed. For example, a skin care center in Long Beach, California, charges $10 to $15 per unit of Botox as of 2018.

If you want to use Botox on a wider area, then you’ll need more units, increasing your overall cost.

Comparing the side effects

Both procedures are relatively painless. You might feel a little pressure as your doctor injects the fluids into the target muscles in your face. In most cases, you can leave right after the procedure is over.

Still, some side effects may occur post injection. These tend to resolve on their own without further issue. Serious risks, although rare, are also a possibility. Discuss all possible side effects and risks with your doctor beforehand so you’ll know what to be on the lookout for.

Side effects of Dysport

Dysport is considered an overall safe treatment, but there’s still a risk for minor side effects. Some of the most common include:

Such side effects should resolve after a few days. Contact your doctor if they don’t.

More serious side effects may include nausea, sinusitis, and upper respiratory infection. Call your doctor if you develop any of these side effects.

Signs of botulinum toxicity include:

Side effects of Botox

Like Dysport, Botox is considered safe with minimal side effects. Some of the most common side effects post-treatment include:

Minor side effects usually resolve within a week of the procedure, according to the American Academy of Dermatology.

Though rare, Botox can lead to paralysis. As with Dysport, Botox carries a slight risk of botulinum toxicity. 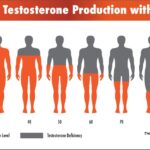