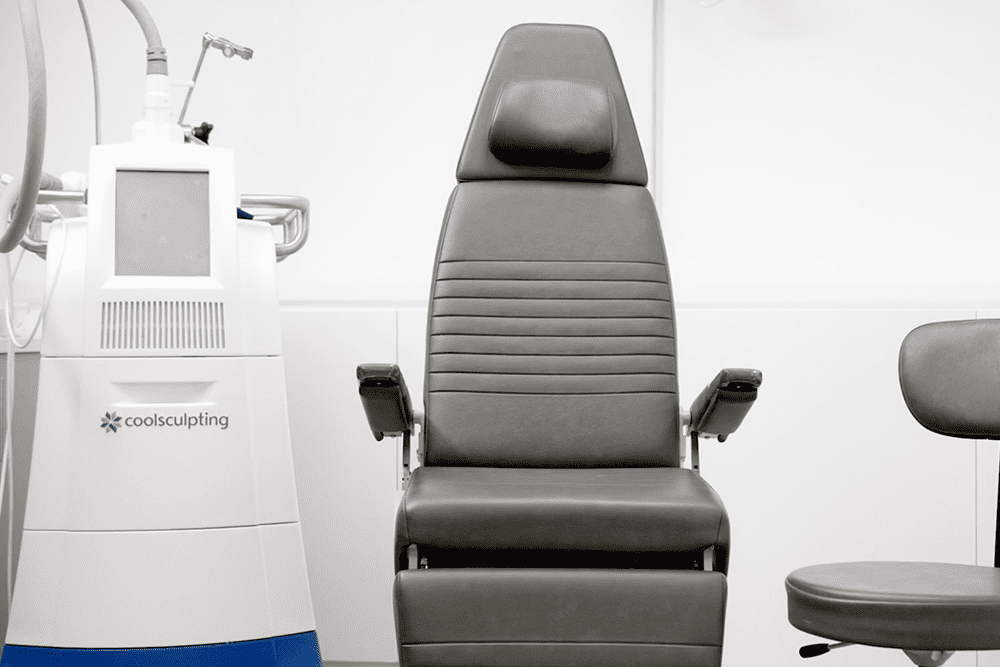 After a decade on the market, CoolSculpting remains the most popular method of noninvasive fat reduction at many dermatologists’ and plastic surgeons’ offices, as both women and men alike hope to contour their waistline and just about every other part of their body without going under the knife. What started as a treatment for the abdomen has adapted to address stubborn bulges all over the body.

With demand for fat-freezing—the device sits on top of the target area, emitting cold until it freezes and kills the fat, which eventually gets dispelled by the body naturally—soaring over the last few years, doctors began using two CoolSculpting machines paddles simultaneously in what’s been dubbed “DualSculpting”—and Allergan (CoolSculpting’s parent company) took note.

Advertisement
Now, the company is introducing its next generation of FDA-cleared fat-reduction technology called CoolSculpting Elite, which features two applicators so two areas can be treated at the same time. According to the brand, the applicators have been redesigned with a C-shape to create a better fit with the body’s natural shape and allow for effective cooling of treated fat (the paddles are 18 percent larger than the first-generation CoolSculpting device).