Though first cleared by the Food and Drug Administration (FDA) in 2010, some people still ask themselves, “Is CoolSculpting safe?” While the simple answer is “yes,” there’s a lot of scientific research to explain exactly what makes the CoolSculpting® treatment safe.

CoolSculpting, the number one non-invasive fat-reduction treatment*, is FDA-cleared to freeze the fat for nine different treatment areas. The non-surgical treatment was first FDA-cleared in 2010 for those pesky flanks, also known as love handles or a muffin top.

*CoolSculpting is the treatment doctors use most for nonsurgical fat reduction.

Not long after, in 2012, the treatment was cleared for a very popular area people want treated: the abdomen.

Fast forward to 2014, when CoolSculpting was cleared to treat thighs, allowing CoolSculpting practitioners to treat the inner thighs and outer thighs…hello thigh gap and good-bye saddlebags!

In 2015—the dawn of the selfie era—CoolSculpting welcomed FDA-clearance for excess fat underneath the chin (also known as submental fullness or double chin).

In 2016, CoolSculpting received some love for small areas of fat, getting simultaneous FDA-clearance for treatment of bra fat, back fat, and fat underneath the buttocks (coined “banana roll”). CoolSculpting is also cleared to treat the fat on the upper arms…bye-bye bat wings!

And in 2018, CoolSculpting received the FDA-clearance for the submandibular area (below the jawline)!

What does Non-Invasive mean?
Non-invasive means that there are no needles and no surgery, and little to no downtime.

CoolSculpting uses a technology called cryolipolysis, discovered by a group of Harvard scientists. These scientists determined that our fat cells are hypersensitive to cold… more so than skin, nerves, or muscle.

Their research revealed that when using very specific cold temperatures in a controlled setting, freezing fat would induce cell death, and then the body would naturally clear the dead fat cells.

So, is CoolSculpting safe? With more than 7 million treatments completed, clearance by the FDA, and technology that has been analyzed in controlled clinical studies and described in more than 100 clinical publications on the FDA-cleared fat reduction treatment, CoolSculpting is a safe and effective way to get rid of that unwanted fat.

CoolSculpting® Indications
The CoolSculpting® procedure is FDA-cleared for the treatment of visible fat bulges in the thigh, abdomen and flank, along with bra fat, back fat, underneath the buttocks (also known as banana roll), and upper arm in patients with a Body Mass Index (BMI) of ≤ 30 and in submental and submandibular areas in patients with a BMI of ≤ 46.2. It is also FDA-cleared to affect the appearance of lax tissue with submental area treatments.

Ask your patient about any medical conditions including recent surgery, pre-existing hernia, and any known sensitivities or allergies.

During the procedure, patients may experience sensations of pulling, tugging, mild pinching, intense cold, tingling, stinging, aching, and cramping at the treatment site. These sensations subside as the area becomes numb. Following the procedure, typical side effects include temporary redness, swelling, blanching, bruising, firmness, tingling, stinging, tenderness, cramping, aching, itching, or skin sensitivity, and sensation of fullness in the back of the throat after submental or submandibular area treatment.

As with any medical procedure, a consultation should be done by a licensed healthcare professional to determine if the patient is a candidate for treatment. Consult the CoolSculpting® System User Manual for a complete list of Contraindications, Warnings, Precautions, and potential side effects. Treatment applications that deviate from the guidelines are not recommended. 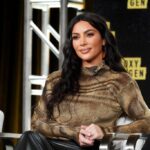 Elevate MD specializes in taking care of the whole patient. Not just your numbers, not just one symptom.  We provide general women’s health care and gynecology as well as natural bioidentical hormone replacement for both men and women.  We are the most well-trained providers in peptide therapy in the Cincinnati area.  We also specialize in-office cosmetic procedures including liposculpture, Botox and fillers, PRP, and rejuvenation procedures.  Elevate MD is the only practice in the Tri-State area providing the most advanced protocols for the treatment of Traumatic Brain Injury for Military personnel and Civilians.